You are here: Home / Meet The Team / Jan Simm

Lives in Carrickfergus, and is a qualified counsellor. 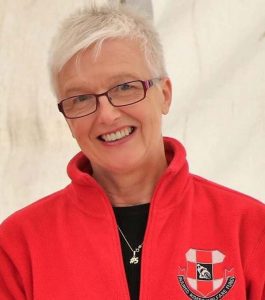 Always having had a keen interest in racing, first met some fantastic people from Northern Ireland at The Manx Grand Prix a lot of years ago!
Arranged a holiday with my Sister for race week and thought she maybe wouldn’t notice… ?!
Moved to Northern Ireland in 2002, after the death of (The Big Guy ) Eddie Sinton, as it was the only place I wanted to be and it’s the best wee country ever…! I helped establish The Injured Riders Welfare Fund in 2003 together with Yvonne and Sheila
I have now lived in Northern Ireland for nearly 20 years. The way I see it, I wake up every day in the place where I want to be, I have a job I love, a nice wee pad, and some great friends…. So, for everything that racing has given me, it is important that I give back as much as I can.

We use cookies on our website to give you the most relevant experience by remembering your preferences and repeat visits. By clicking “Accept”, you consent to the use of ALL the cookies.
Cookie settingsACCEPT
Manage consent

This website uses cookies to improve your experience while you navigate through the website. Out of these, the cookies that are categorized as necessary are stored on your browser as they are essential for the working of basic functionalities of the website. We also use third-party cookies that help us analyze and understand how you use this website. These cookies will be stored in your browser only with your consent. You also have the option to opt-out of these cookies. But opting out of some of these cookies may affect your browsing experience.
Necessary Always Enabled
Necessary cookies are absolutely essential for the website to function properly. This category only includes cookies that ensures basic functionalities and security features of the website. These cookies do not store any personal information.
Non-necessary
Any cookies that may not be particularly necessary for the website to function and is used specifically to collect user personal data via analytics, ads, other embedded contents are termed as non-necessary cookies. It is mandatory to procure user consent prior to running these cookies on your website.
SAVE & ACCEPT